Welcome to ATOS - alternatives to separation.

In ATOS we work to prevent children's unnesseary separation from their family, and to find local alternative solutions to children without care and protection. We have the objective to ensure that children and adolescents, who are in risk of being separated or who have been separated from their family, are provided a safe and stable upbringing within their own community.

ATOS works to prevent children’s separation from their families. We do this by supporting, strengthen and building capacity of vulnerable families, so that families don’t give up or abandon their children in despair. We assist communities in building local protection systems so that they can repond to the needs and social problems faced by families in risk of separation. By means of advocacy and awareness raising we strengthen social services and protection mechanisms within the country.

If the child has been separated from its family we work to restore the child’s primary relationships. We do this by reintegrating and reuniting misplaced children with their biological or extended family. When no relatives are alive or capable of taking care of the children we support other kinds of community-based care.

why we do what we do

Children who lack or are at risk of losing parental care represent a large and growing group in global society. Estimates suggest that at least 24 million children are without parental care, representing around one percent of the total child population. In the global South, children’s separation from their family is often driven by factors such as household poverty, lack of access to basic services as well as inadequate or inappropriate child protection policies.

Evidence tells, that children without parental care generally find themselves at a higher risk of discrimination, violence, abuse as well as cognitive impairment and mental health problems. In many countries, no or few mechanisms exist to ensure quality alternative care services for children who lack parental care. Much needs to be done to prevent unnecessary child separation by supporting families and communities, and to develop better care alternatives when separation is inevitable.

ATOS’ work is carried out in close collaboration with local partners. We have long-term projects with CWISH, RCRD in Nepal, fundamor in Colombia and IFSO in Ethiopia. Social work is the focal point of our interventions. Together with our local partners we develop, test and document methods in social work so that we can identify the best alternatives to separation, taking into account the social issues affecting the individual child. Thereby, we ensure a sustainable social anchoring of our work.

ATOS works to facilitate the exchange of knowledge between our different partners, striving to continuously improve and develop our methods, tools and approaches. Our sharing of knowledge is horizontal and acknowledges that each culture has insights and experiences that can contribute to defining how best to address issues of separation.

In 2019 ATOS together with 100% for the Children, Center for Church-Based Development, and SOS Børnebyerne started a Danish network. Its background lies in a new UN Resolution on the Rights of the Child which focuses for the first time, on children without parental care. The resolution was adopted by the United Nations General Assembly on 12 November 2019. It calls for governments’ action to realize the rights of children who have lost or who are at risk of losing parental care. With generous funding from Globalt Fokus, The Child Protection Network will in 2021 and 2022 conduct a series of seminars with the objective of strengthening the capacity of primarily Danish Civil Society organizations.

This will be done through a series of seminars presenting issues related to the protection of children and child separation. The overall goal is to ensure that all Danish organizations working in the South with vulnerable children are equipped with knowledge and tools in order to promote alternatives to institutionalization. 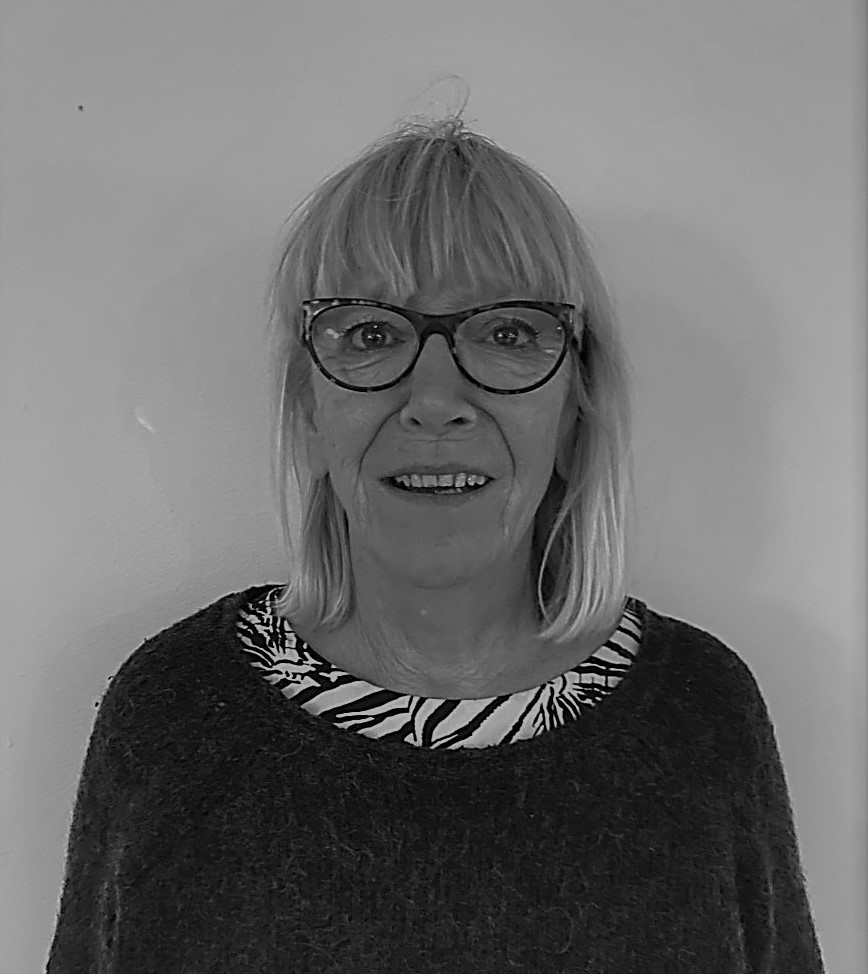 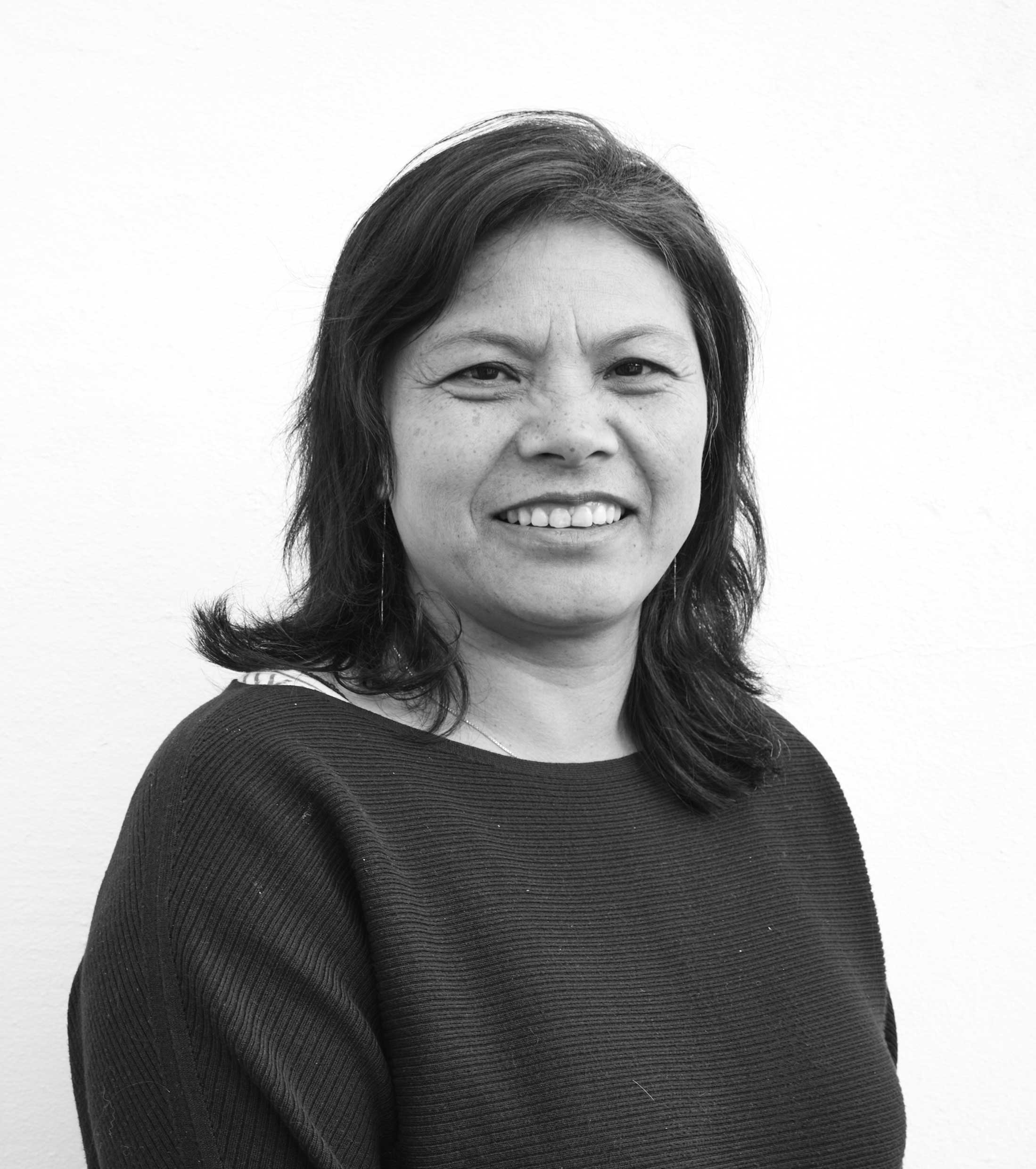 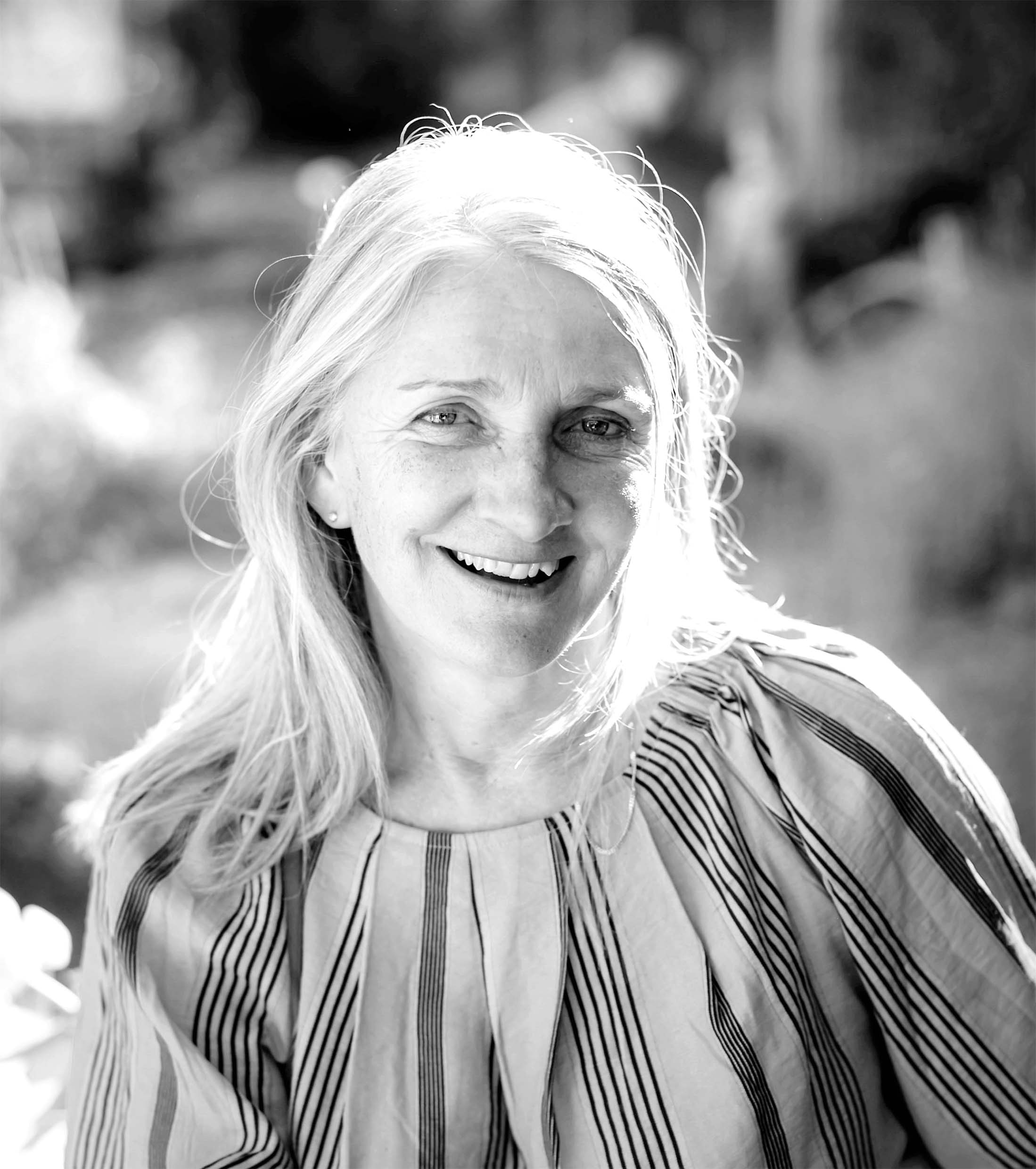 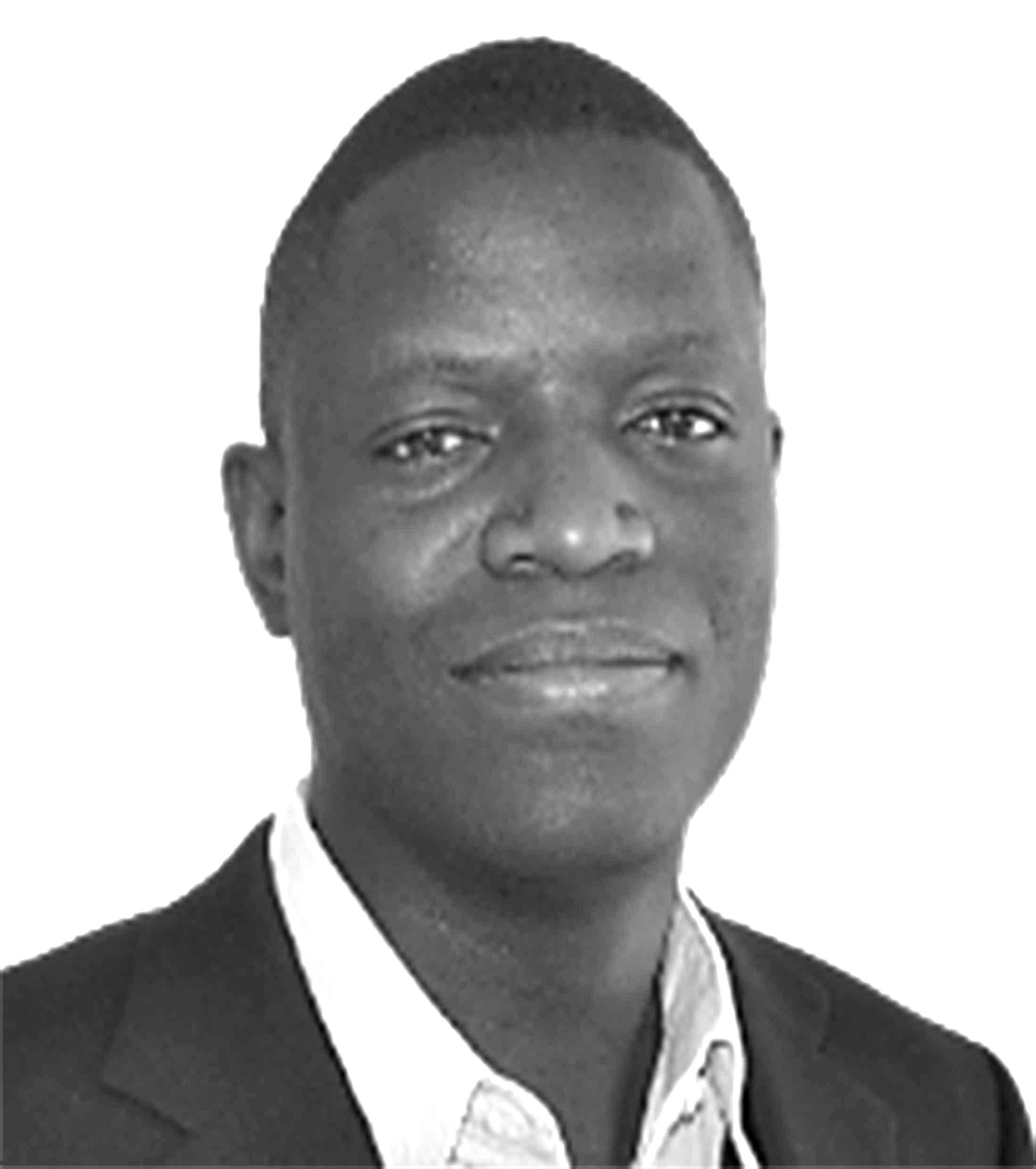 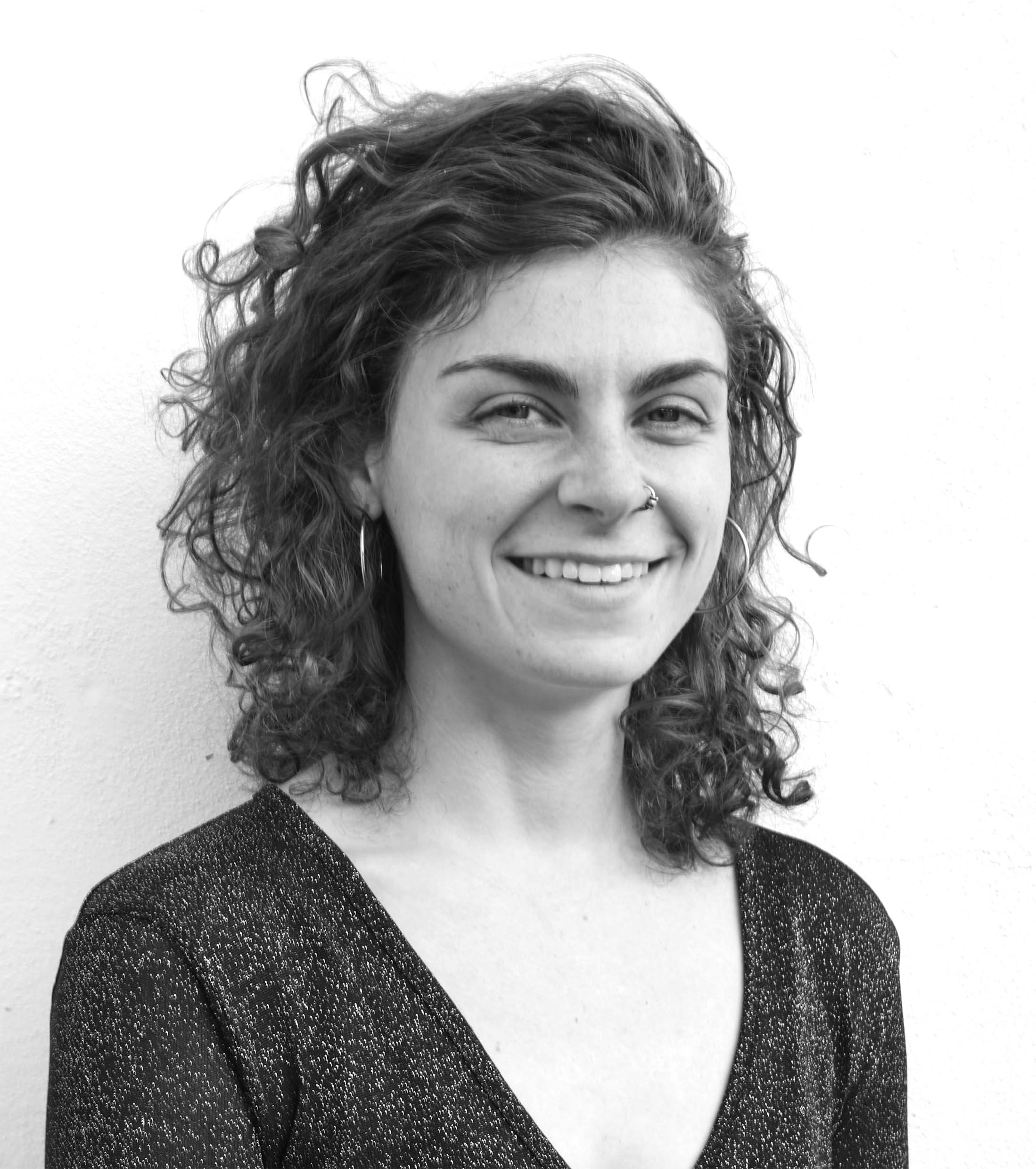 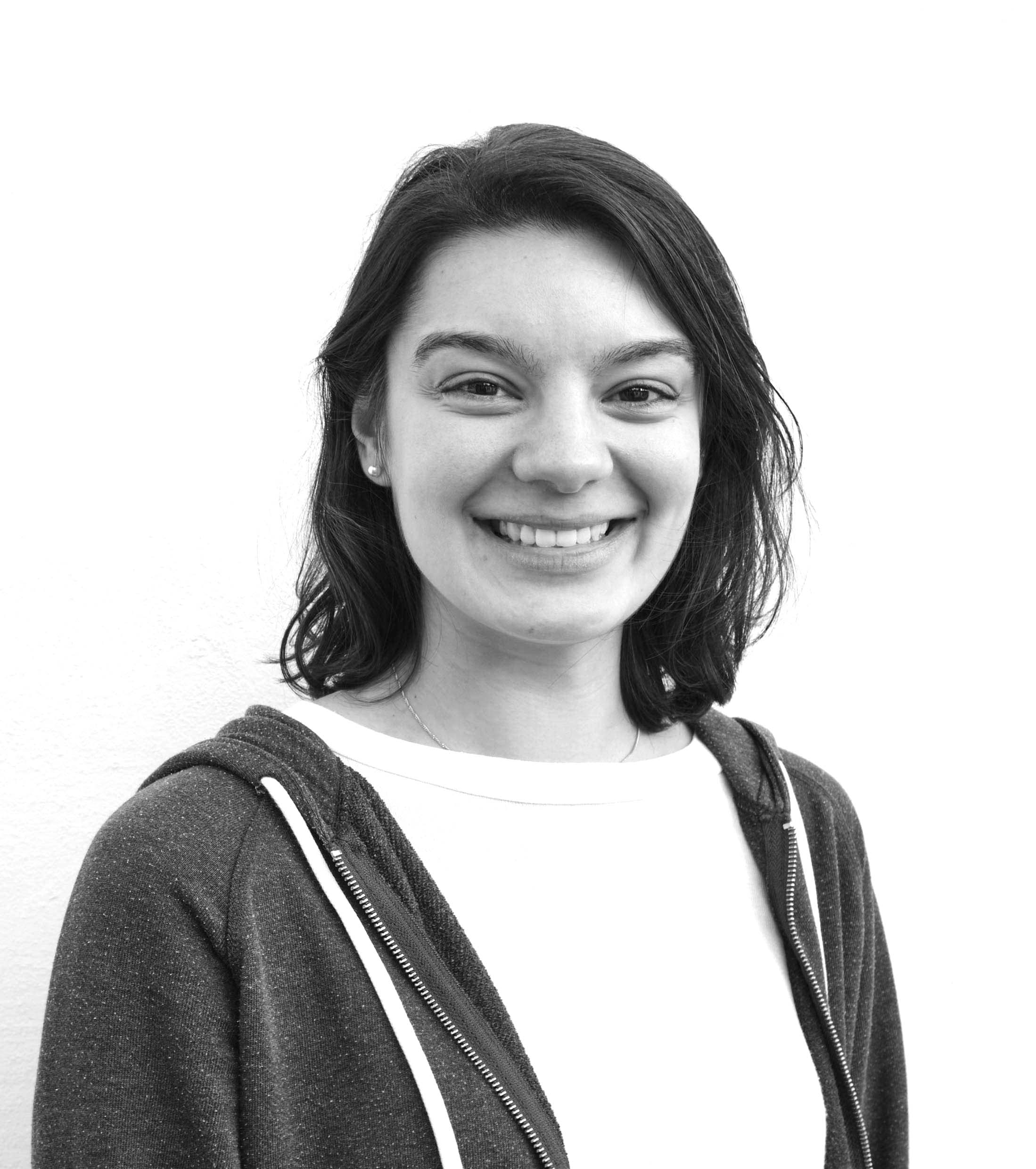 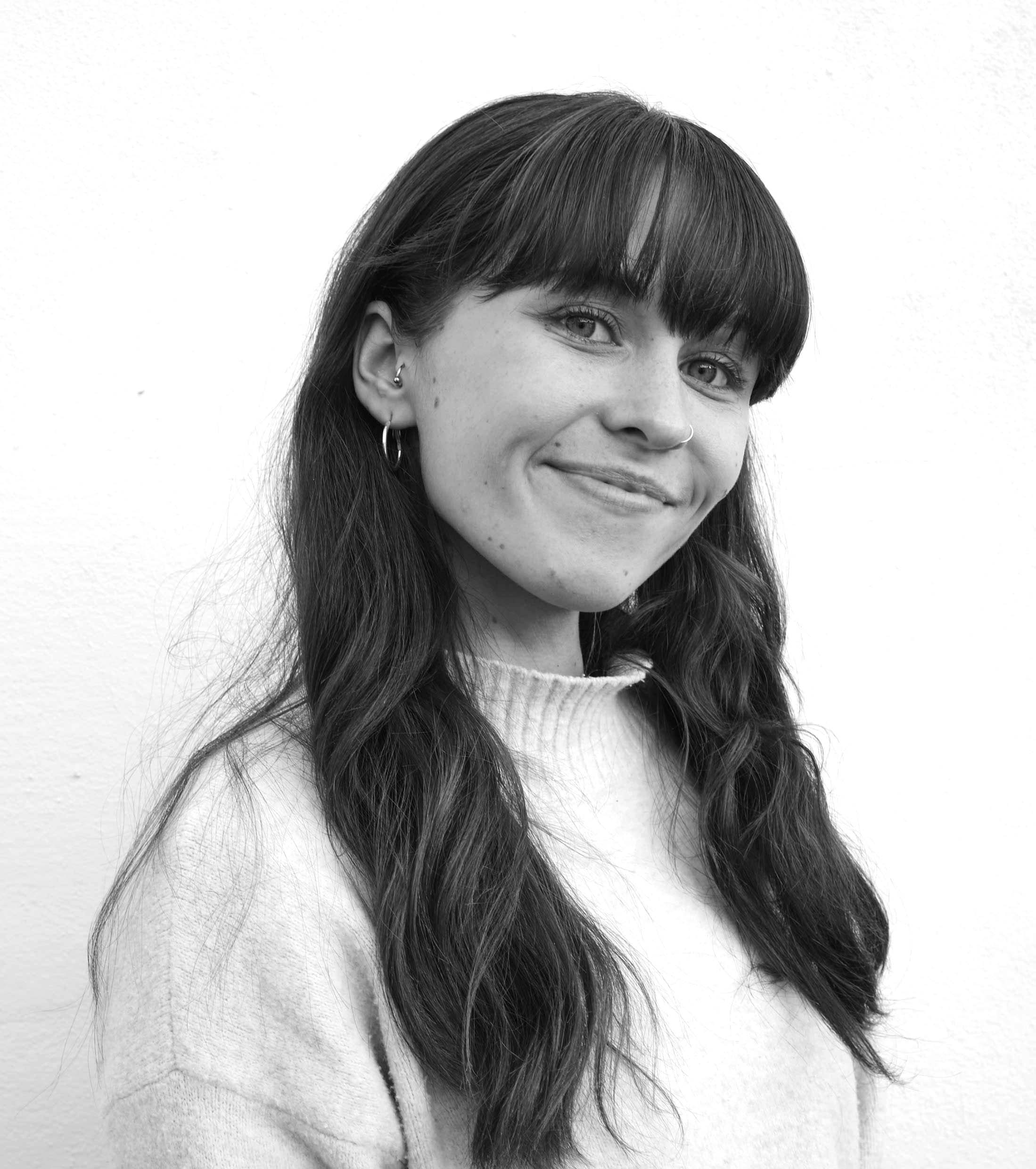 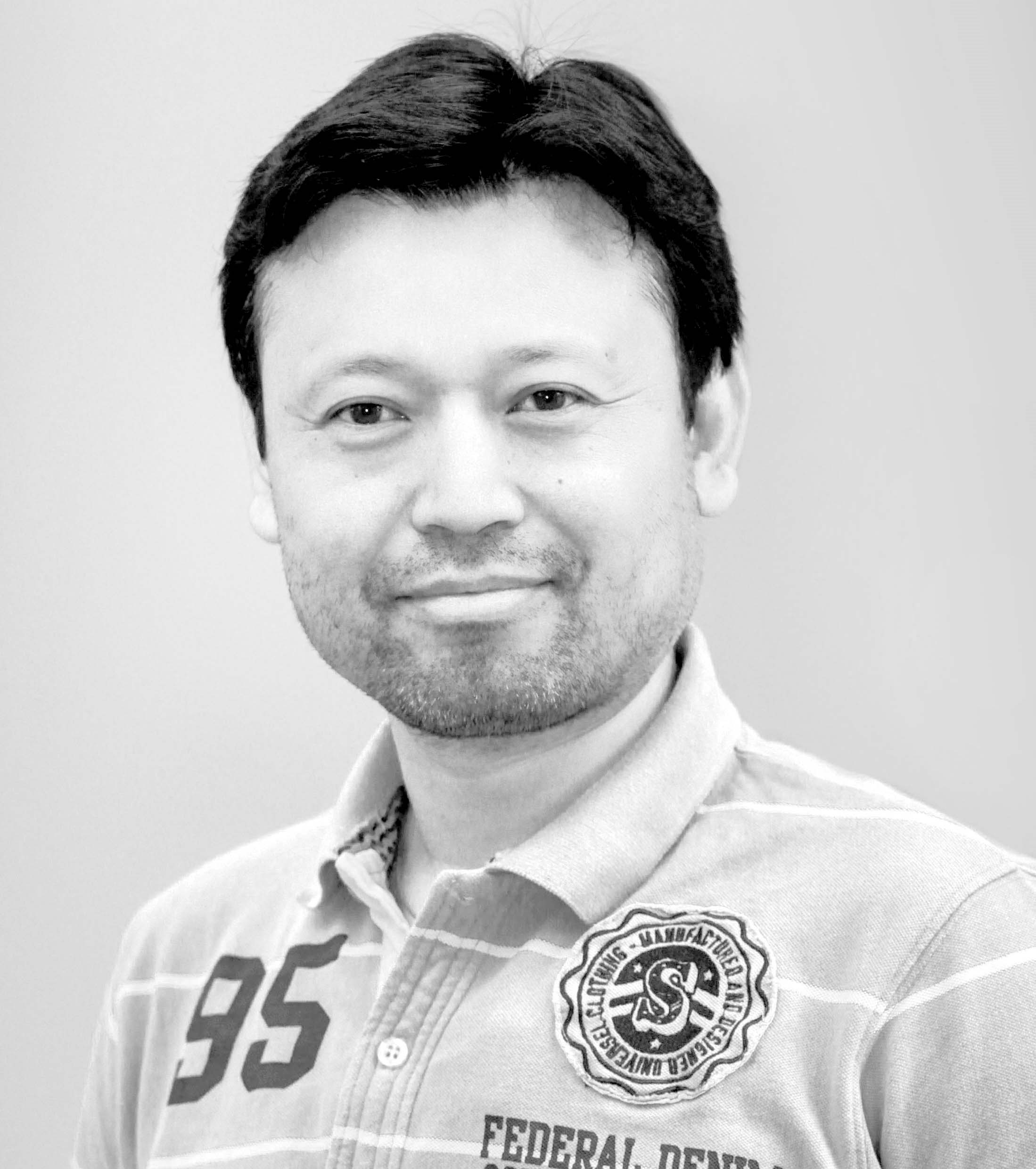 volunteering abroad - how to be a responsible volunteer?

In past years in the global south more orphanages started operating due to the high demand for volunteering placements. Volunteering your time whilst abroad might seem really worthwhile, but unfortunately some types of volunteering are extremely harmful. Especially in orphanages. Despite vast evidence against orphanages and the majority of governments committing to move towards family-based care models, we know that over 80% of children growing up in orphanages across Asia, Africa, South America and parts of Eastern Europe have at least one surviving parent.

If children have parents and families why are they still being placed in orphanages? They are being moved into orphanages due to poverty, their parents believe that growing up in care will afford them access to education and healthcare which they may not otherwise receive. Supporting orphanages through volunteering or donating simply perpetuates the problem. It doesn’t help families to stay together, which is ultimately what is best for the child.

ATOS has developed a number of different materials relating to Responsible Volunteering and offer schools, universities workshops for youth who are thinking of volunteering in the South. 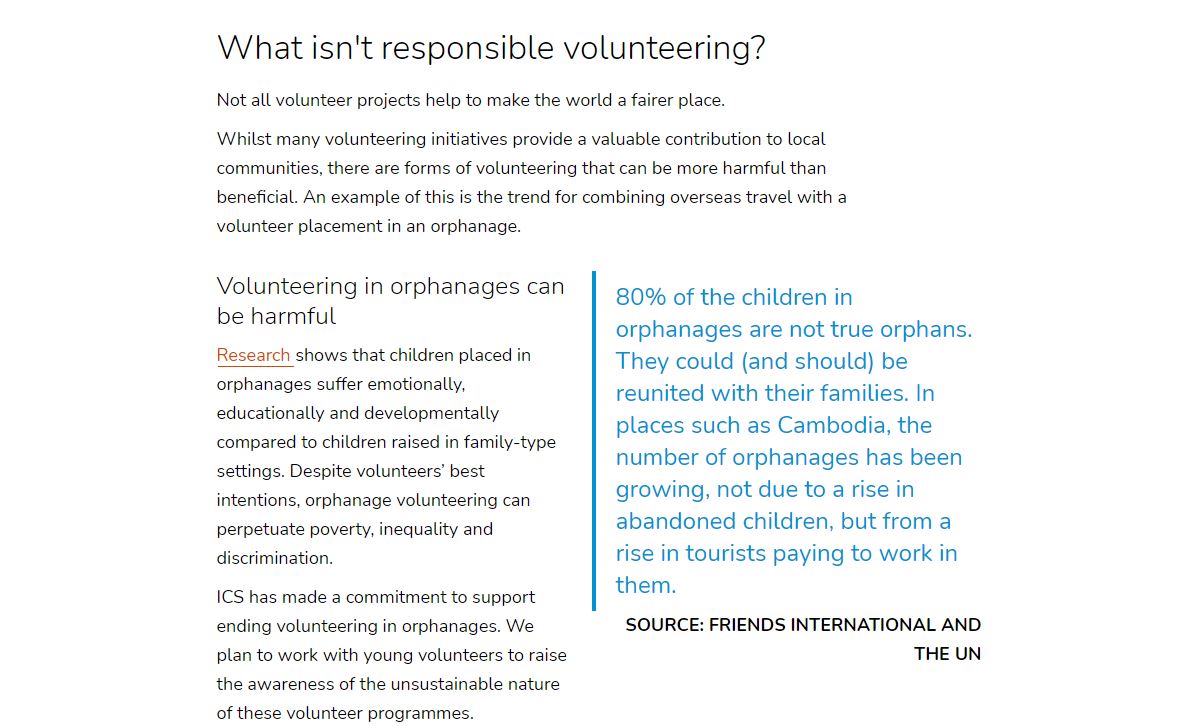 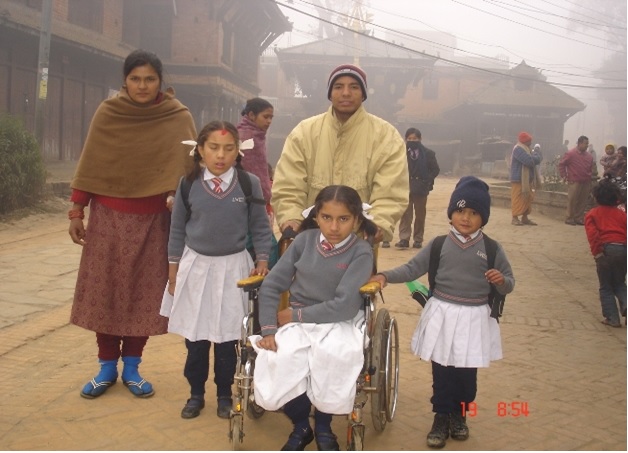 In many countries, children with disabilities are often deprived of their liberty, separated from family environments, and confined to institutions in the name of education. The reasons for this isolation vary: stigma, lack of awareness, the absence of support and educational services in their local communities and badly planned international aid support. Institutionalization is on the rise in Nepal. It is estimated that over two million children up to the age of 15 live away from home. A group of children with disabilities are among those separated from their parents and communities. It is this group of children this project focuses on.

Launched in the 1990s with support from major international donors was a Resource Class Model. These classes are in fact residential facilities housing children with special needs, ranging from mild to severe disabilities. The vast majority of these students have never received a credible diagnosis. As the classes are often situated many days walking distance from their families they have little or no contact with them. Generally, the conditions at these places are very poor. With a teacher ratio of 1 to 15 children. One teacher and one part time carer are responsible for fulfilling all the daily needs of the children. There is a lack of basic care, protection and education. It is reported that many of children, especially in rural areas, are undernourished. Teachers have generally only received a one month course in special needs. Presently, there are over 6,000 students living at these classes.

ATOS in partnership with Resource Center for Rehabilitation and Development -RCRD, Nepal and national disability activists are presently working on a project called, “Deinstitutionalization of Children with Disabilities”.

Design a comprehensive plan for the deinstitutionalization of children who are presently living at Resource classes. The plan will harmonize with and support national and local legislation.

The project has also focus on strengthening rural municipalities, so they can develop local strategies/ services for children with disabilities so they can continue to live with their families in the future. Central to the project is parental and student participation, so as to insecure effective school, family and community collaboration. 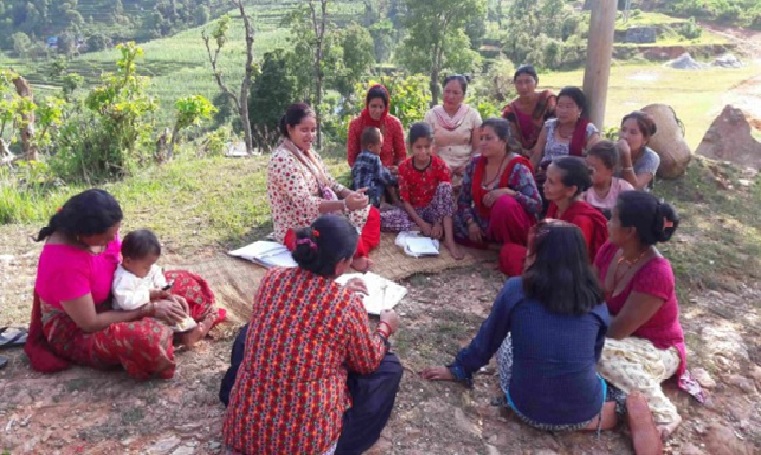 Child separation is a relatively new phenomenon in Nepal, with roots back to the 10-year civil war, which ended in 2006. During this time, many rural remote districts were focal points for the conflict between the Maoist forces and the government. Schools became battlegrounds from which resources were re-directed for military purposes. Children were forcibly conscripted into armed groups. These factors, along with the already existing high levels of poverty and food insecurity, created fertile ground for traffickers to prey on vulnerable families.

Traffickers often portray themselves as boarding school representatives. They made promises to parents about modern schools and safe living conditions. However, instead of being taken to educational institutions, most of these children are institutionalized as orphans in under-resourced children's homes in urban areas where it is not uncommon for their identities to be changed, records falsified or destroyed. They have no contact to their families.

Additionally, many homes and livelihoods were destroyed by the 2015 earthquakes this has compounded vulnerable families to h trafficking. It is estimated that 80% of these children are not orphans; they have families.

The Children & Women in Social Service & Human Rights Resource Center, Nepal and Alternatives to Separation have worked together for some 15 years on a number different of projects. We assist communities in building local protection systems so that they can respond to the needs and social problems faced by families in risk of separation. By means of advocacy and awareness raising we strengthen social services and protection mechanisms. We have develop, tested and document new methods of social work.

Presently, we are together with the Kadambari Memorial College, School of Social Work producing local educational materials for the training of teachers and social workers in the rights of children with particular focus of the right to a family and community. A manual for NGO management staff is also been completed. This means that more people within the social services will be aware of the causes of separation.

This year the project has launched a Resource Hub where local good practices are documented and international resources are made available for NGOs, Government and the general public.

A social activist media campaign on the harms of separation and institutionalization was launched in 2020, it is raising a much needed debate in the general public. 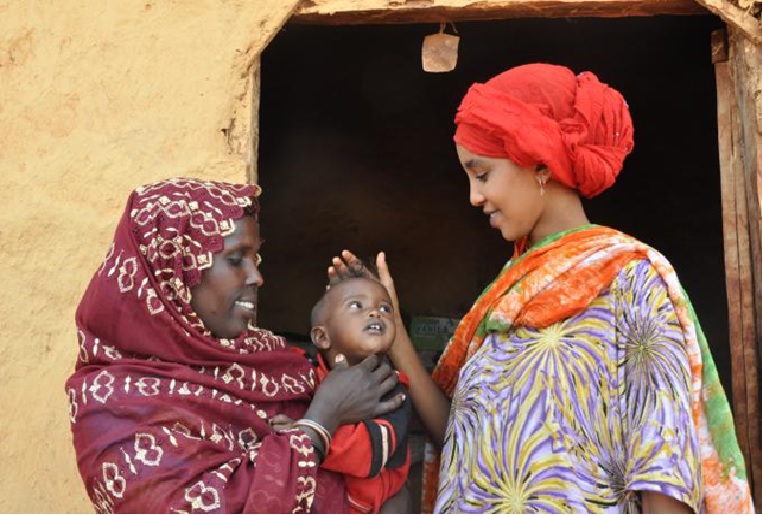 strengthening the capacity of single mothers

Ethiopia is described as the country of the youth. It is estimated that close to three million youth reach the age of employment every year but the actual market in Ethiopia is currently absorbing only one million per year. This huge gap accompanied by several factors including conflict, urbanization, and globalization is resulting in a change in family dynamics and the undermining of traditional social care networks.

The core focus of our partnership includes skill training of youth, social support and counselling to families, prevention of sexual abuse of children and rehabilitation of victims, as well as peer education in HIV and reproductive health. 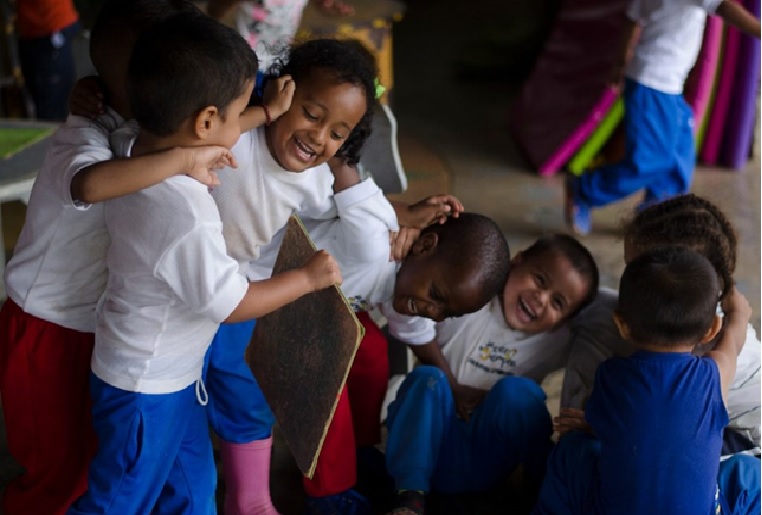 In 2020 we have established a new partnership with the NGO Fundación dar Amor, Fundamor in Cali. Colombia struggles with poverty, conflict-related violence, and – in many parts of the country – a lack of access to universal services, such as health and education. Fundamor is focused on providing care and meeting the needs of children living with HIV/AIDS. It was established in 1992 to support HIV positive adults at a time when no other official forms of support existed in the country.

After years of providing targeted programs. HIV-related stigma and discrimination, coupled with the lack of financial resources and access to services and support in communities, resulted in HIV-positive parents bringing their babies and children to Fundamor. This is how Fundamor, with governmental support, started to provide institutional care for HIV-positive children. Fundamor is seen as a pioneer of best practice in caring for HIV-positive children. In 2015 Fundamor started to deinstitutionalization of its child care home, returning children to their communities or providing foster care.

ATOS and Fundamor will over the next years’ work in two areas. Firstly, to strengthen support to foster families and create child run support groups. Secondly, to document and distribute the practices and experiences of deinstitutionalization. This will be done through the establishment of a national child care network of NGOs and government bodies.

want to be a member?

In ATOS, we are always looking for people who wants to support our work. A membership costs 50 DKK a year. The funds are used for member-activities in Denmark as well for our projects around the world. You can read ATOS' statutes clicking here.

If you want to become a member of ATOS, please send 50 DKK to:

You can reach us through telephone or email.